We have a big announcement for everyone. We have said since we began this community that the novel, Necromancers’ Pride – Quest for Elderstone, would be released in January 2014. You may be thinking, well …  it is January 2014, so …? So … you are right, it is January.

Now, we have an announcement. Stop the presses! Hold on to your hats! Mothers grab your daughters and fathers call in your sons!

Necromancers’ Pride –  Quest for Elderstone will be released this THURSDAY, JANUARY 9th!!

As the date draws ever closer, we want to introduce you to one of the characters that we have so thoroughly enjoyed writing. His name is Reese Pelingril. You will be meeting him in just under two days! 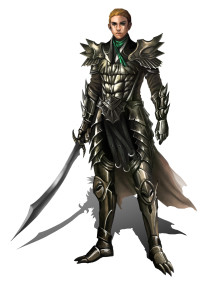 He is a character that, like so many of us, finds himself sacrificing greatly to do what is right. Born of my love of martial arts and the constitution and fortitude I admire in martial artists, he is a study of concordant opposition. A powerful warrior, he is well trained and dangerous. However, he has experienced enough to be moved to do what he feels is right, making decisions that put him in the proverbial line of fire when it would be easier to do nothing. It is not always easy to do the right thing. We wanted to create a character who was forced to balance the harshness and brutality of his past as a warrior with a present and future that demand the compassion of a protector. For a warrior, compassion is not a trait easily cultivated in the trenches of battle.

We hope you enjoy his journey.

Who are some of the powerful, protective figures in your life?

This is your community. We want to hear from you.